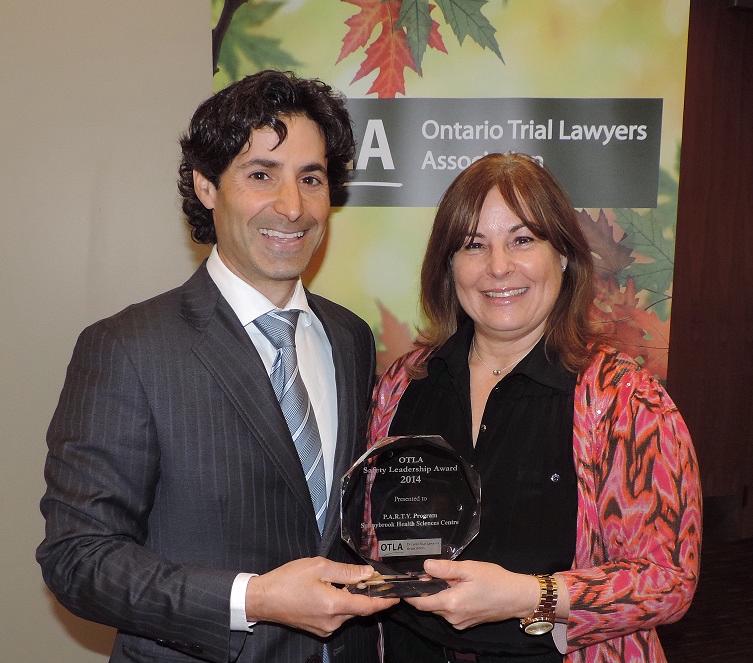 The P.A.R.T.Y. Program is a one-day injury awareness and prevention program for youth ages 15 and up. Developed in 1986 at Sunnybrook Health Sciences Centre, this program is a vital component of the growing community effort to reduce death and injury in alcohol-, drug- and risk-related crashes and incidents. The goal of P.A.R.T.Y. Program is to provide young people with information about injury (trauma) that will enable them to recognize potential injury producing situations; make prevention-oriented choices; and adopt behaviours that minimize unnecessary risk.

The P.A.R.T.Y. team includes persons who have been injured, some still in acute care, others in rehabilitation and some who have returned home. They provide a personal perspective on the challenge of dealing with injury and "putting one's life back on track." The program concludes with a challenge to the participants to become individually and collectively committed to promoting behaviours and activities that minimize the risk of injury.

Joanne Banfield from the Sunnybrook Health Sciences Centre accepted the Safety Leadership Award on behalf of the P.A.R.T.Y. Program. Joanne is pictured at right with Charles Gluckstein, then-OTLA President. 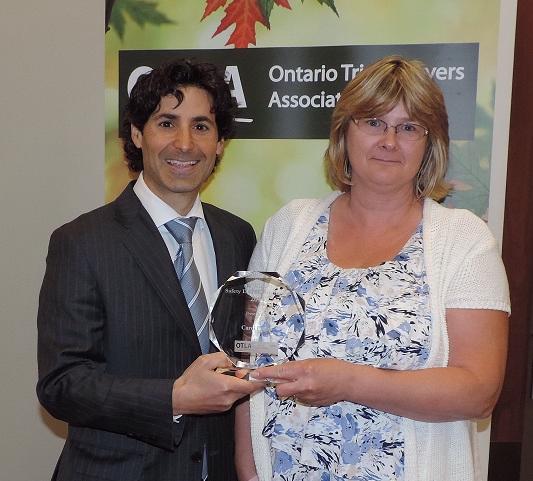 On September 26, 2009, Carol’s 17-year-old son, Ciaran Milmine, was tragically struck and killed by a drunk driver. Another young man was also killed and two teenaged girls were severely injured in the same incident.

Since the incident, Carol has been an outspoken advocate against impaired driving. In 2010, she organized a walk and rally in Brantford to promote awareness of the dangers of impaired driving. That same year, with the support of Victim Services of Brant, she helped establish FAID (Fight Against Impaired Driving), whose goal is to raise public awareness about the effects of impaired and distracted driving, and to raise funds for local impaired driving educational initiatives. The 2010 walk she started is now called the annual FAID Memorial Walk.

Carol has also organized the appearance of other motivational speakers at special events. She has been recognized with several awards for her efforts, and she has the support and gratitude of her community. The tragic events of September 26, 2009, cannot be reversed, but, through Carol Fagan’s ongoing efforts and energy, future tragedies can be prevented. Carol is pictured at right with Charles Gluckstein, then-OTLA President. 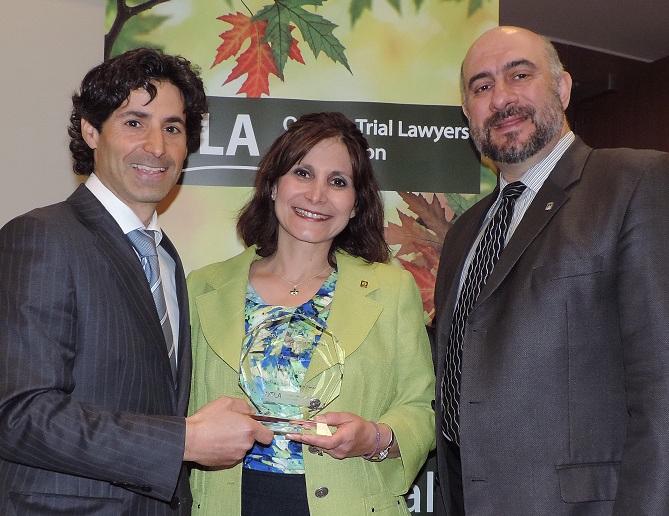 Dr. Michael Vassilyadi is a pediatric neurosurgeon at the Children’s Hospital of Eastern Ontario in Ottawa, and is also the director of the Ottawa branch of Parachute (formerly Think First). Seeing the impact of head injury through his work, Dr. Vassilyadi works tirelessly on injury prevention, presenting to students, teachers and coaches throughout the Ottawa area.

Dr. Vassilyadi and his wife Tassy devote a great deal of their volunteer time locally to injury prevention in children, particularly head and spinal injury prevention. Laurie Tucker first met Dr. Vassilyadi when she started the OTLA Bike Helmets on Kids program in Ottawa. He was very interested in the program and each year he and Tassy have come out to Laurie’s kick-off assembly to help with the presentation. They talk to the students about brain injury prevention and the importance of helmets, and they also introduce Tyler, a young man who suffered a head injury as a teenager when he was hit by a car, and was not wearing a helmet. Dr. Vassilyadi and Tassy come out to as many of Laurie’s other bike helmets events as they can and have even spoken to the students in French. Together, they make a big difference to OTLA’s Bike Helmets on Kids program in Ottawa each year. Dr. Vassilyadi is pictured at right with Tassy and then-OTLA President Charles Gluckstein.