Join us for a 75 minute webinar with The Honourable Mr. Justice McEwen,  Alf Kwinter, Singer Kwinter & Tina Radimisis, Jewell Radimisis Jorge LL.P.  The panelists will discuss the pros and cons of having a Judge alone or a Jury trial, and when a lawyer should choose one versus the other.

The Honourable Mr. Justice Thomas McEwen was appointed to the Superior Court of Ontario in June 2009. Prior to his appointment he practiced in the area of civil litigation since his call to the Bar in 1986. His practice focused on major tort litigation including insurance related issues, professional liability, products liability and class actions.

While at the Bar, Justice McEwen was listed in a number of peer review publications including Martindale-Hubbell, Best Lawyers in Canada and Lexpert. He sits in Toronto. He is the former Lead of the Civil Team. He currently sits on the Estate/Commercial List and has been the Lead of the Estate Team for the past 5 years. 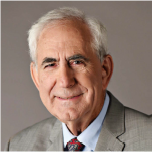 Alf earned his law degree from the University of Toronto in 1970. In 1974, Alf and his classmate Morris Singer founded the firm of Singer Kwinter. His firm, Singer Kwinter, is consistently named by Canadian Lawyer magazine as a top personal injury firm in Canada.

Alf has appeared as counsel at all court levels including The Supreme Court of Canada, where he appeared on behalf of the successful plaintiff in the landmark decision of Oldfield v. Transamerica Insurance Company. Alf has achieved some of Canada's largest jury awards for punitive damages against an insurer. Singer Kwinter is the only law firm in Canadato obtain four punitive damage awards against insurers. He acted for the plaintiff in the milestone case of Kamin v. Kawartha Dairy, which reduced the onus on plaintiffs in establishing liability in slip and fall claims. He obtained the highest award in Canada for chronic pain in Degennaro v. Oakville Trafalgar Hospital.

Alf is certified by the Law Society of Ontario as a Specialist in Civil Litigation. He is a past director of The Advocates' Society (TAS) and Medico-Legal Society He is a member of OTLA, TAS, the CBA, the ABA and the AAJ. Alf is an Adjunct Professor at Osgoode Hall. He has taught trial practice in the Bar Admission Course and has been invited to speak and chair numerous programs across Canada.

Alf is consistently ranked as a "most frequently recommended" leading legal practitioner in Canada by his peers in the Canadian Legal Lexpert® Directory and Best Lawyers in Canada®. He was recognized as the Best Lawyers® Personal Injury Litigation "Lawyer of the Year" in Toronto for 2016. In May 2004, Alf was awarded the H. Bruce Hillyer Award by OTLA in recognition of his outstanding contribution to the cause of civil justice. He was the recipient of the 2015 OBA Award for Excellence in Insurance Law.

Alf Kwinter is a Fellow of the American College of Trial Lawyers, one of the premier legal associations in North America. Founded in 1950, the College is composed of the best of the trial bar from the United States and Canada. Fellowship in the College is extended by invitation only and only after careful investigation, to those experienced trial lawyers of diverse backgrounds, who have mastered the art of advocacy and whose professional careers have been marked by the highest standards of ethical conduct, professionalism, civility and collegiality. 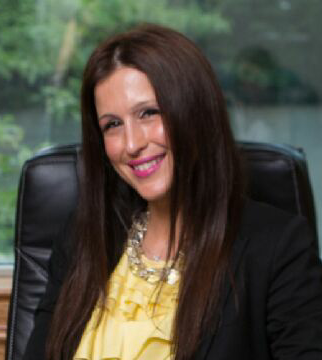 Tina Radimisis, Jewel Radimisis Jorge LLP
Tina is a partner at Jewell Radimisis Jorge LL.P. She was called to the Ontario Bar in 2003. Throughout her legal career, she was the Chair and Co-Chair of the Women’s Caucus of the Ontario Trial Lawyers Association (OTLA) in 2008 and 2009. She has also been a Board Member of the Board of Directors of the Ontario Trial Lawyers Association since 2008. She is an assessor for the Ryerson University and Law Society of Upper Canada’s joint Law Practice Program since its inception. She has written and presented at a number of conferences and has chaired and co-chaired various conferences and webinars. Tina is also the award recipient in 2016 for OTLA’s Women’s Trial Lawyers Award and in 2017 for OTLA’s Distinguished Service Award.


You will be receiving a separate email with login instructions approximately 1 week before the live webinar.


If you have registered and find that you are unable to attend the live webinar, a link will be automatically sent to you to watch the webinar recording within 1 week of the live webinar.